Include Art in your Projects

My name is Isa Crespo and I'm based in Zaragoza, Spain. I have been dedicated to graphic design for more than 15 years.

Due to my knowledge and experience in graphic and web design, I have developed fundamental skills for UX/ UI and Product Design such as research, the ability to analyze and extract conclusions based on the data obtained from both users and stakeholders, the ability to design a digital product that reflects the results achieved, thanks above all to empathy, being able to understand the needs of users and their interactions with products and services.

Thus being able to find the most efficient solution meeting your commercial and technological expectations.

Get in Touch with Us

Let's talk about your project without commitment

Cruella is a film directed by Craig Gillespie and starring Emma Stone, a crime comedy released in 2021.

Based on the character of Cruella de Vil in the 1956 novel "One Hundred and One Dalmatians" by Dodie Smith, and its corresponding 1961 Disney animated film adaptation.

This is my proposal for the design of the welcome page of the official website of the film. 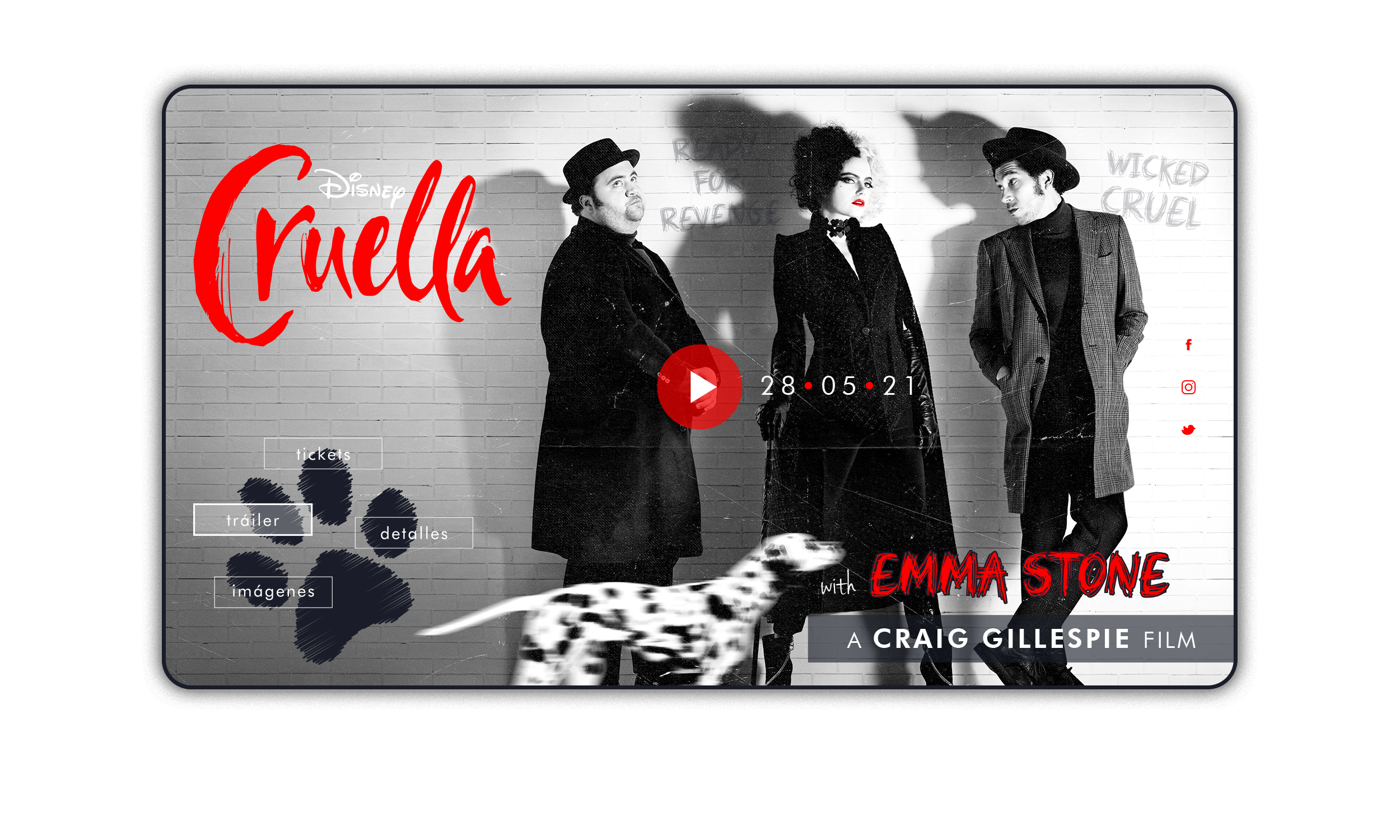 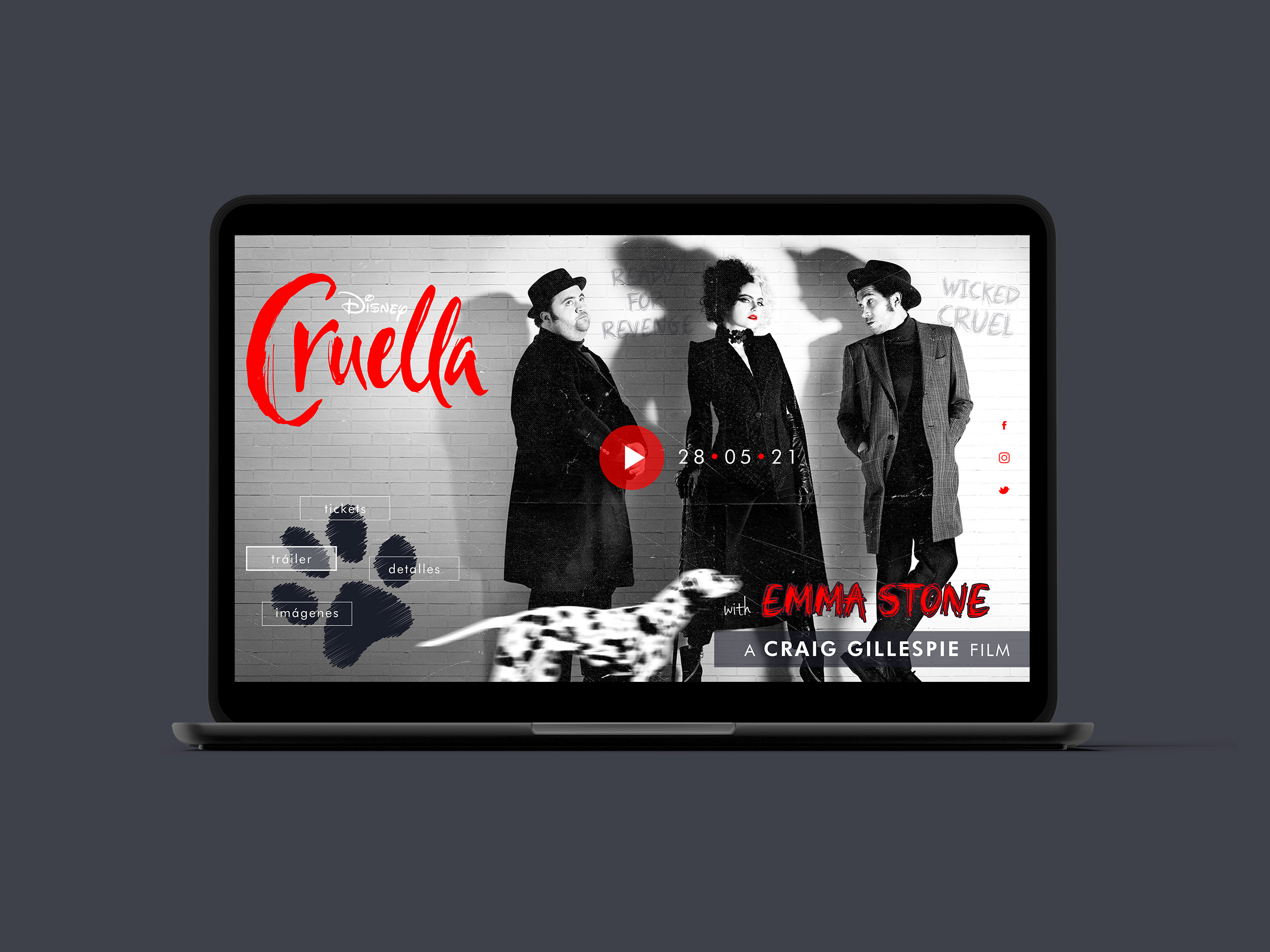